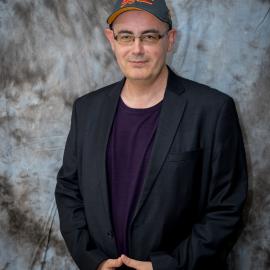 Hello! I am a new BayAreaChess coach, starting Jan 1., 2018! Besides being a prolific chess professional and winner of many tournaments (peak FIDE rating: 2602), I’ve also written chess books and coached world champion players. And I’m looking forward to coaching all of you!

I grew up Bulgaria, in a small town called Botevgrad about 50 kilometers away from the capital, Sofia. My parents still live there. I learned chess from my dad at age 10. I still remember reading my first chess book to learn an opening trap, which I used to beat him! My dad, and the rest of my family, are actually much better at basketball. My father, uncles and brother all played or coached basketball at a professional and Olympic level.

I never had a real coach when I was younger, but I did play a lot at the chess club in hometown. I also read a lot of chess books, especially ones in Russian (in total, I speak Russian, Bulgarian, English and Spanish). I was quite disciplined and studied very hard - there was no computer or Internet to give you instant advice. I wanted to beat all of the guys in my club, many of whom were much older than me and liked to tease and trash-talk me. I still remember that when I was 12 years old, there used to be an older guy, about 50 years old, who cursed and made fun of my moves while I was playing. It affected me enough that I blundered away a completely winning position against him.

I won a number of junior national tournaments and beat my first GM when I was 16. I then took a break due to my studies, and then got serious about chess again when I was studying philosophy at the University of Sofia. I won my first international tournament before I was 21, and became a Grandmaster 5 years later.

During my 20s and 30s, I was a full-time tournament competitor, playing tournaments all over Europe as well as America. I have won or shared first in a 61 international chess tournaments, including the National Open in Las Vegas in 2008. I have also defeated many of the world’s top GMs, and earned draws against former world champions Viswanathan Anand, Vladimir Kramnik, and Anatoly Karpov. My proudest chess moment is probably playing for the Bulgarian Olympiad team four times. We defeated the powerful Russian team, featuring world champions including Kasparov and Kramnik,  all three times we played.

My chess style is more positional than tactical, though I consider myself able to handle positions of all kinds. I view chess through the lens of a sportsman - it’s a struggle, and there are always critical moments where you need to fight hard. One of my strengths is that I am a very calm, centered player - I never get in time trouble, and I rarely blunder, which always makes it more difficult for my opponents. My idol was Bobby Fischer because he was so non-compromising and because he drove chess forward, but I take a lot from many players, such as Anatoly Karpov, who has a unique, incredible style.

I am also an experienced chess coach and teacher, having coached former women’s world champion, GM Antoaneta Stefanova, the Bulgarian women’s Olympiad team, summer chess camps in Chicago, and classes and private students in Las Vegas, where I lived for 2 years.

But every time I come to Northern California for tournaments, I’m always impressed by how popular youth chess is here, and how strong the players are.

There are no shortcuts for young players that want to get better at chess. When I was younger, I would study 4 hours a day, all of that with books. We had no chess engines or software to help us. It was better, I think, because I learned how to solve things myself, not try to think like a computer. I see kids who want to calculate every move. I tell them that they must rely more on their intuition and feel for the position. I also remind them that this is an unforgiving sport. You can play 30 good moves but if you make one blunder, the result will go against you.

There are many benefits to learning chess. It makes you more disciplined and responsible. Because life is about making decisions, and then taking responsibility for the outcome. It’s a very good frame for developing character, concentration, as well as good manners. Because you should always strive to be polite and not trash talk during tournament games, no matter what the outcome!

Outside of chess, I like watching NBA basketball, reading literature (my favorite authors include the philosopher Albert Camus), watching movies, and meeting people from all kinds of backgrounds and cultures. Learn more about me at my blog, and strike up a conversation with me about chess and life when we get to meet!