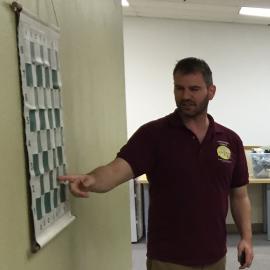 Coach Wolfgang Behm, is an experienced professional scholastic coach, and he has been one of the most sought after scholastic instructors in Silicon Valley for the past ten years.

At his free time, Coach Wolfgang is also an accomplished classical guitarist and lutenist, and a composer.